Ten Facts About the Baseball Hall of Fame

After today’s disappointing BBWAA Hall of Fame voting results, I’ve decided to avoid commenting on that issue directly, but to instead make a simple list of ten facts about The Hall that will be (hopefully) less depressing to read.

So here are ten facts you may or may not already know about the Baseball Hall of Fame:

1)  The HOF is located in Cooperstown, New York, which is hundreds of miles from nowhere.  If you wanted to make a place less accessible, you would have to choose a location perhaps somewhere in  Albania.

2)  The current Chairperson of the Board of the Hall of Fame is 58-year old Jane Forbes Clark.  In the early 1930’s, her grandfather, Stephen Clark, was one of a band of conspirators who attempted to bribe two-time Medal of Honor winner marine General Smedley Butler (shown below) into leading a right-wing fascist coup de’ tat against newly elected President Franklin Roosevelt.  The money to purchase the weapons to be used (provided by Remington Arms, where my dad worked for over 20-years) was to be fronted by, among others, the Dupont Corporation, and the House of J.P. Morgan.  The plot collapsed when General Butler informed certain members of Congress about the plans for this coup.  Also allegedly involved in the plot was future Senator Prescott Bush of Connecticut, grandfather of President George W. Bush, who would, of course, go on to own the Texas Rangers baseball team. 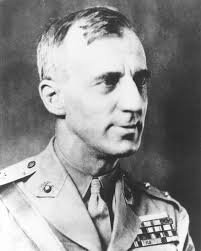 3)  A few years after this coup plot, the Clark family, the most prominent family in Cooperstown, bought into the idea of a baseball Hall of Fame, proposed by Clark’s business partner Alexander Cleland, in part as a way to counter some of the negative publicity (little though it was) regarding the coup attempt.

4)  Jane Forbes Clark’s great, great-grandfather helped start the Singer Sewing Machine Company, which, like Remington Arms, was also in my hometown of Bridgeport, CT.  She still uses a Singer sewing machine today.  That company was the genesis of the (enormous) Clark family fortune.

5)  The building that today is the Baseball Hall of Fame was originally a high school gymnasium.

6)  Cooperstown’s normal population is just 2,200 people, but on HOF induction weekend, it swells to over 30,000.  The HOF’s annual operating budget is 12 million dollars, and it has a full-time staff of 100 people.

7)  The Baseball Hall of Fame has three floors, over 38,000 artifacts (of which only a small percentage are ever available for viewing), 2.6 million library items and over 130,000 baseball cards, (but I’ll bet they don’t have this one.) 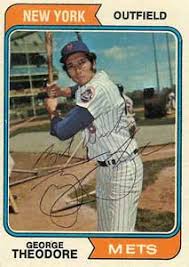 On the back of this card, we learn that “George likes marshmallow milkshakes.”

8)  The Baseball Hall of Fame first opened its doors in 1939.  In that year, future Hall of Famers Carl Yastrzemski, Lou Brock and Phil Niekro would each be born.  Also, Hitler would launch WWII.

9)  One baseball HOF’er, Catfish Hunter, has no team represented on his baseball cap on his Hall of Fame plaque.  He refused to choose between the A’s and the Yankees because he was on good terms with both teams and didn’t want to offend either of them.

10)  In eight of the past ten years, the Baseball Hall of Fame has operated at a financial deficit.  In 2011, The Hall posted a two million dollar net loss.  Dozens of area businesses depend either entirely or in large part on the tourists who come to Cooperstown for the annual Hall of Fame induction ceremony.  Public services, in turn, which depend on tax receipts, can also be negatively impacted by a local economy hurt by a lack of tourists.  One has to wonder if the voting members of the BBWAA took that possibility into account when they self-righteously decided to punish the entire class of 2013 for the transgressions of some of their contemporaries.